The Fusion Micro Super Computer is a super duper very tiny very powerful computer. A real computer featuring all the latest technology in the palm of your hand. This micro computer allows you to work and play wherever your at. You can connect to the internet with 5ghz speeds. Comes with the New Windows 10. The latest Intel® Cherry Trail Atom chipset for improved graphics performance. With bells and whistles we can't seem to do without these days, CPU 1.83GHz and bluetooth, You will have an awesome gaming experience or host a LAN party on any size screen with a convenient HDMI connection. Want to impress your boss with a great presentation? Forget about wires and that USB FLASH DRIVE, just carry the whole computer in the palm of your hand instead and simply plug right into the projector! Look at family pictures/videos. Shop on Amazon and so much more. It's a computer the entire family can use.
Read more at www.fusionmicro.info 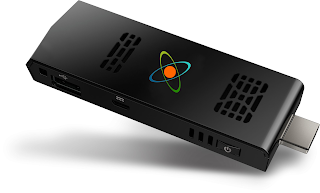 Sixteen legislators have signed on to joint resolution that would remove wording in the state constitution that defines marriage as between a man and woman.   Assemblymember James Healey (D-Las Vegas) is one of the sponsors of the legislation. "Everybody should have the right to have an equal opportunity to achieve their dreams and goals," Healey said.
Voters decided to define marriage in the Nevada Constitution as between a man and woman. The amendment required two votes, with the last taking place roughly eleven years ago.
However, Healey said attitudes on marriage equality are different today.
"Ever since I came out (my family has) been very loving towards me," Healey said. "One day at the Thanksgiving dinner table we talked about it, and I said: 'you know my brothers they have 12-hundred laws and rights that I don't have.'"
However, Independent American Party state chair John Wagner said he's against removing the marriage definition from the state's constitution.
"I'm of the old Christian belief a marriage is between one woman and one man," Wagner said. "When it comes to inheritance, and living wills and that type of stuff... I don't have a problem with that, but when it comes to defining marriage I think it should remain exactly the way it is now," he added.
The definition of marriage has so far withstood legal challenge.
Removing the definition of marriage from the state constitution would require approval in this legislative session, the following legislative session, and then the voters would have to support the idea. If the wording is removed from the constitution, it would not necessarily mean two people of the same sex could get married. However, lawmakers could pass marriage equality legislation in the 2017 session.
The resolution comes as the United States Supreme Court considers whether California's ban on same-sex marriage is constitutional.
Healey said Nevada can not afford to wait for federal action on the issue.
"It's about equality and it's about the American dream," Healey said.
Senate Joint Resolution-13 is scheduled to go before a committee on Tuesday. Public testimony will be taken at that time.
Posted by Unknown at 11:09 AM No comments:

IBM: Truckee Meadows leaders must work together on economic development
9:11 AM

Over the past three weeks, a team of six IBM experts from around the world have interviewed more than 100 local government officials with one mission in mind: Finding a way to help Northern Nevada improve its economic development efforts. The conclusion was presented to local leaders from Reno, Sparks and Washoe County on Friday.

Nevada basketball: Rivalry in reverse as Wolf Pack hopes to turn around lopsided series with UNLV (watch video)
9:13 AM

100 years of Pack basketball: We pick the best players of all time
Blog: Cheat sheet advance for Nevada-UNLV, including keys to the game and a prediction
Blog: Handicapping the three finalists for the Wolf Pack's AD position?

Mike Alger: Warmth and maybe showers this weekend in Reno-Tahoe
9:14 AM


Nevadans are frustrated with the failure of Washington, D.C., politicians to reach a deal Friday to avoid $85 billion in automatic budget cuts.
Posted by Unknown at 9:18 AM No comments:

THIS USED TO BE FUN

Assume a gambler had the discipline to walk into a casino, sit down at the blackjack table, make one $100 bet, win or lose, and then walk away. Of course, the gambler would have enough money to cover any splits or double downs. Would that not be better than sitting there making $10 bets for several hours? Over 3 hours, I might wager $1,000 doing it that way, compared to $100 the one-time bet way.

If the casino has an edge of .05 percent over perfect play, then its edge is minimized by the smaller amount of money wagered. A caveat to that might be if I win the one-time bet of $100, then bet $50 the next bet and bet $50 until I lose, thus guaranteeing I walk out a winner if I won the first bet and allowing me to ride a hot streak right out of the gate. This is purely from a money management strategy and not an enjoyment of gambling question.

I am all for getting winning chips off the felt and out of play as quickly as possible, but since your hypothetical question excludes the entertainment value of gambling, you still have to figure in driving to and from at $4 a gallon. A 44-mile round trip in a Chevy Impala is going to cost you 4 percent off the top. Besides, who in their right mind is going to drive to a casino, park, tip the valet, plop down $100 and walk?

A one-shot, Ben Franklin wager might be the mathematically correct move, but that’s because you are not allowing the grind down to take hold. This is where the casino eventually wins far more than 0.05 percent of the player’s money, due to the combination of the built-in advantage it has at blackjack, and the players’ self-defeating tendency to churn the initial bankroll.

The casino knows the typical player does not play $100 just once, but keeps on playing those chips like Pavlov’s dog, over and over again. For example, let’s say you are the run-of-the-mill player and buy in for $100 worth of chips. With the expected loss of, “in theory,” 5 percent ($5) over the course of your first hour, your original bankroll is reduced to $95. Then you start playing that $95, so after another hour goes by you are sitting with $90 and change. Play the $90, and you will have just $85.
Of course, you are playing perfect basic strategy, so the usual 5 percent is only 0.05 percent, and yet the grind still is at work. Mix in a lack of discipline, or better yet, free drinks, and that 0.05 percent easily can become 1-5 percent. Still, with a one-bet exposure to loss, you’re busted. Whereas, grinding it out, you could win, decide not to blow it all, accumulate comps, succumb after an extended period of time and call it entertainment, or lose in mere minutes when playing $10 a pop. That’s why they call it gambling — hopefully with money you can afford to lose.

Your winning progression idea, setting aside your original bankroll ($100) plus half your winnings, then betting the remainder while bankrolling additional winnings, has some rootin’-tootin’ merit, but do you really have the discipline to stick to it?

If I were limited to making just one $100 play, I would park my rear end in a cushy chair and place a point-spread wager on a sporting event. Scrounge up some loose change from under the driver’s seat for some $1 hot dogs and drafts, and life, as they say, doesn’t get any better.
Posted by Unknown at 5:02 PM No comments:

The Reno Winter Bachata is a Latin dance festival with workshops taught by professional instructors, night parties with hours of social dancing featuring some of the best Latin DJs, and an evening showcase, where dance couples and teams from all over the nation entertain the audience with their energy and creative performances.
From producers BB and Roberto R., this dance festival features instructors who have the knowledge dancers need in order to grow and improve their technique. This year there will be more hours of social dancing with dedicated Bachata and Salsa ballrooms. Held at the Silver Legacy Resort Casino and the Peppermill Resort Casino.
Notable dancer instructions such as Troy and Jorfet, Sergio and Gaby from Alma Latina and Team Island Touch will be there. And featuring Alma Latin Pro Dance Team.
Don’t miss the nightly showcase featuring some of the best Latin dancers in the industry. It's one of the highlights of the Reno Winter Bachata where dance couples and teams from all over the US share their talent on a spectacular stage. Every year, the performers impress with a fantastic array of Latin dance numbers featuring Bachata, Salsa, Merengue, Hip-Hop, Samba, Reggeaton, Cumbia, Cha-Cha and much more.
Posted by Unknown at 9:52 AM No comments:

THINGS TO DO IN RENO WHILE YOU'RE ALIVE